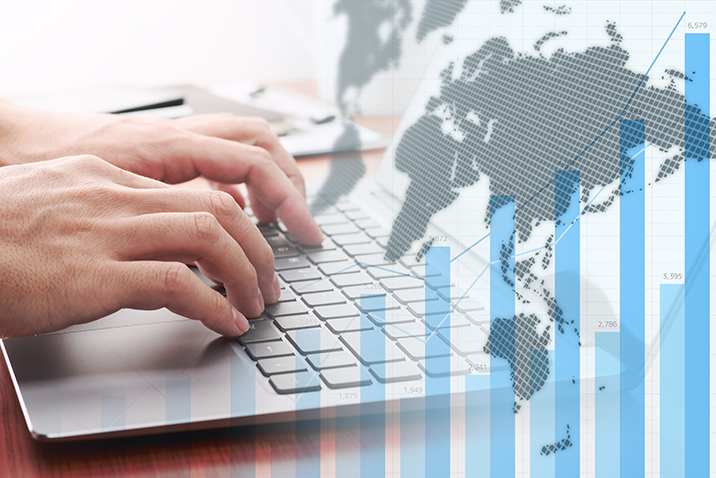 Nice posts I found that are composed of several important points. It’s not that different from the articles that other investors choose to share in this business but often the authors opinion are worth taking a few minutes to read and should assist you to gain some knowledge on stock trading.

“Travel — its very motion — ought to suggest hope. Despair is the armchair; it is indifference and glazed, incurious eyes. I think travelers are essentially optimists, or else they would never go anywhere.”

— Paul Theroux, The Tao of Travel

I know that things look bleak on many fronts: the crisis in the European Union, the fiscal and monetary insanity in the US and the looming debt troubles in Japan — to name just three. For a lot of investors focusing on just these markets, it must be hard to get out of bed in the morning.

But the world is changing. The dominance of these Western markets (including Japan) is not what it once was. And they are becoming less important as time goes by and as the rest of the world catches up.

My new book World Right Side Up: Investing Across Six Continents is primarily about this new world and the opportunities it creates. I think the story it tells will prove to be the most important investment trend of the 21st century.

I’ve talked about the book on radio and TV. And I’ve had countless private conversations about it as well. I thought I’d write up some of the most asked questions I get and my answers to them.

What is your favorite emerging market right now?

I like many of the so-called “frontier markets.” Right now, I’m pretty jazzed up about Mongolia. The pace of growth there and the potential is mind-boggling. I plan to visit in June. I recently recommended a play on Mongolia to my subscribers. But I’m hoping my visit turns up some additional ideas. I also think Myanmar could be the next big story in Southeast Asia and I’m keeping an eye out for opportunities there.

What are your least-favorite emerging markets?

I get asked this a lot too. Of the markets I’ve been to and follow, I’d say I’m worried about China. I think China is due for more than just the soft landing everyone seems to expect. I think China is starting to lose its cost edge in certain areas of manufacturing. I see spiraling wages and surging costs of living. I see a vulnerable banking system and shaky property market.

Longer term, I think China’s economy will be much bigger than it is today. But there will be hiccups, and the risk of having one now is high. What happens in China will affect a lot of markets, so I’m watching it carefully.

I am not a fan of Brazil at the moment. I see a heavy-handed government making a lot of bad moves lately. Brazil is also a difficult place to do business. In South America, I’d rather invest in Colombia, Chile or even Peru.

What’s the role of the US in all of this?

There are two ways to look at it. One way is to fret over a US that will have less influence and less importance in the world. Another way, the way I like to look at, is to think that we’ll have a much more expanded marketplace to work in.

It might be worth pointing out that the chapter on the US is the longest one in my book. In other words, I think there is still plenty to do right here at home.

Have you ever gotten sick on your travels?

I don’t know why, but people like to ask me this. In all the traveling I’ve done, I was only really seriously sick once. It was my first time in India, on my second-to-last day, after nearly three weeks there. Remember Slumdog Millionaire and the bottled water trick of resealing old water bottles? It got me. I got very sick that night, and after several hours of unsuccessfully battling it, I called the hotel to send a doctor. I asked the hotel to let him in my room, because I was in no condition to do so.

Next thing I remember, I wake up with this angelic doctor by my bed. He gave some shot in the butt. Took blood. And then came back a few hours later to check on me. I was much better. I remember paying him about $ 80 in cash — for two house visits, blood work and meds. Cheap!

What’s the strangest place you’ve ever been?

There are a lot of images that come to my mind. I remember sitting in a bar in Cambodia where people drank cocktails from shell casings. I remember a restaurant in China that looked like a pet shop because you picked what you wanted to eat from one of the tanks and it later arrived on your plate. Very fresh!

I think it was pretty strange to be in Bangkok during the floods last October. I remember cars parked on the highway bridges. I remember sandbags around many of the buildings. And I remember being greeted by name as I walked into the hotel. I was the only one checking in that night!

I just turned 40 years old and celebrated the event by hiking the Inca Trail to Machu Picchu with a buddy of mine from high school. I’ve always wanted to go there. And I figure it would be a good challenge to hike it. I had been training every day for a few months, just to make sure that no one had to haul me off those mountains!

But that trip was just for kicks. Investment-wise, I have a long list of places on my radar to check out in the future. Markets are constantly changing. New opportunities open up all the time.

Chris Mayer
for The Daily Reckoning